The other morning I made a spontaneous decision to climb Nephin Beg and camp the night on the summit. It’s one I’ve done before so I was reasonably familiar with the terrain I’d be up against and the best route to take – otherwise I would not be this spontaneous! 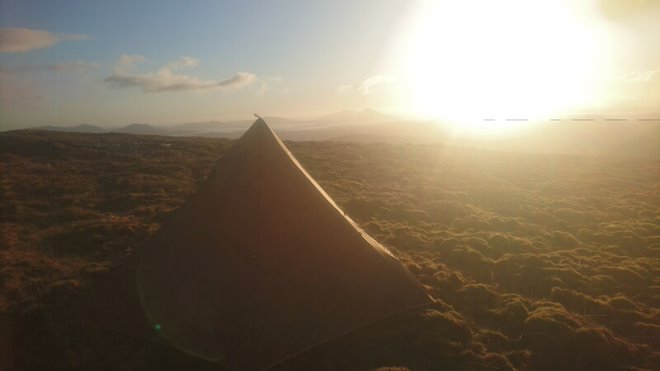 The climb is perfect for beginners, which is the category I fall into as is struggled all winter with an old injury in my hip and only recently managed to get back on to of it with some good exercise routines. Exercises are no fun when the sun is shining outside but I was so happy to be back outside, and impressed with how I felt after summitting, I’m definitely keeping up on the exercising.

It took me 2.5 hours in total from the carpark tot he top, including 1 hour of ascent. I was really happy with myself and besides a bit of exhaustion my body felt great. The biggest problem I had was finding a suitable site to pitch – the ground was really boggy and sloppy, and many places flat enough were shallow from rocks. Having a damp site can also mean a lot of condensation build up, too. At one stage I was almost prepared to use a bivy alone but I’m really pleased I didn’t! The weather forecast was showers easing to a dry calm night… but this turned out to be my only mistake: I checked weather for a location at ground level instead of consulting mountainweather.com, so I ended up with a few surprises – two in fact – one being the temperature which dropped to -1C and two, the wind picked up to around 40kph. 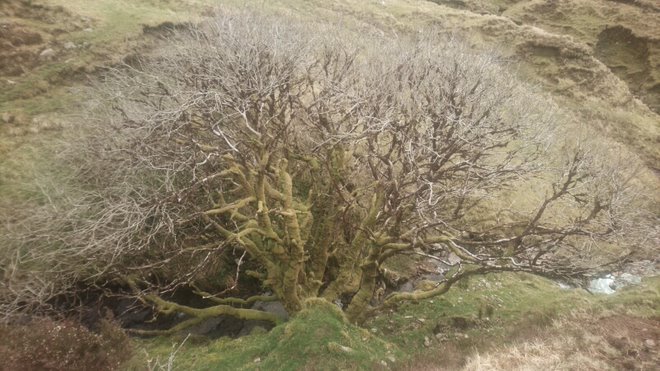 With me I brought the Luxe Hexpeak fly with a groundsheet and bivy bag, a Thermarest Neoair and Rab Ascent sleeping bag, both which are good to -10C. Also my favourite pillow, Thermarest stuff sack pillow. A full set of waterproofs and two extra jackets helped keep me warm and dry. Im wearing a new pair of boots, The North Face Hedgehogs which unfortunately are way less waterproof than advertised but extremely comfortable, so I’ve added a pair of waterproof socks to help out.

The day was so far as promised – a heavy shower cleared to a brilliant blue sky and climbing the south facing side of Nephin Beg turned out to be a sweaty task. I followed a ford which led on to a patch popular with the locals – sheep. Instead of brushing past tufts of scrub and rushes I was tramping over fresh green grass littered with droppings. Towards the summit the terrain became tougher, with bog holes and ridges to navigate. 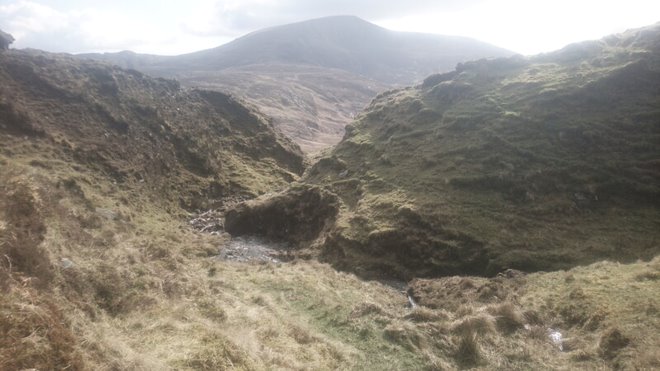 At the camp site I crashed. The shelter from the tipi tent was brilliant and once I’d boiled up some water for a tea and freeze-dried meal with my new lightweight set up, I jumped straight into bed and watched the view in the setting sun from inside. Then, just as the light began to fade a young fox strolled passed me, just metres away. He was very curious about this new arrival, my tent, but didn’t recognise me as I was horizontal and in my sleeping bag. Such a beautiful creature, yellow fur the same colour as the bog grass with a thick bushy tail and striking green eyes. I just watched him meander around right by my front door and it was really special — although it got my heart going initially! 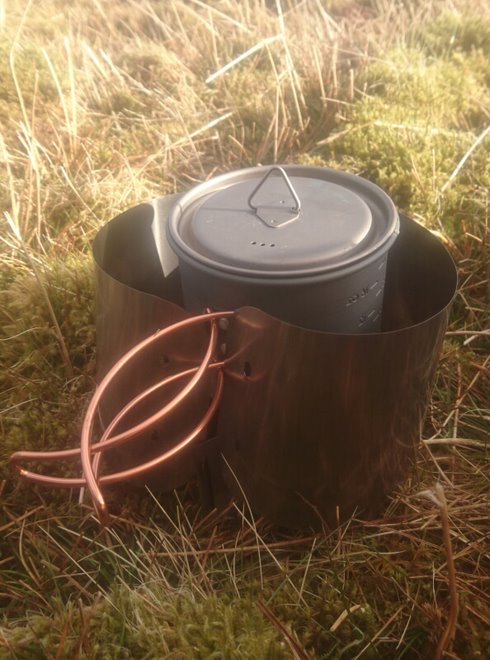 The next morning I took my time packing up and right on the minute I was ready to leave, a fog rolled in over the summit ,which I didn’t expect and had’ve it sat around it would add possibly hours onto my descent time as I don’t often get a lot of practice with a compass and map – although I’ve done a navigation course and always carry both items – it would take me a long time. Luckily it cleared after 15 minutes! The journey back was very pleasant and quite busy as the it was the week of Easter and I met for the first time along the trail, another person! Towards the car park, more trails intersect and many more people came past. 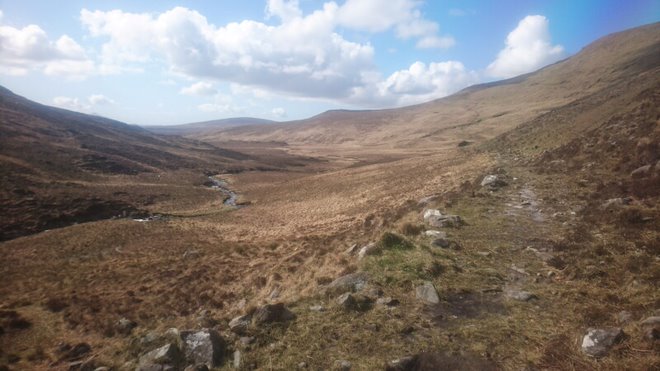